Welcome to PART 2 of the Pacific WASH Resilience guidelines.

A practical tool for all those involved in addressing the
resilience of water, sanitation and hygiene services in the Pacific 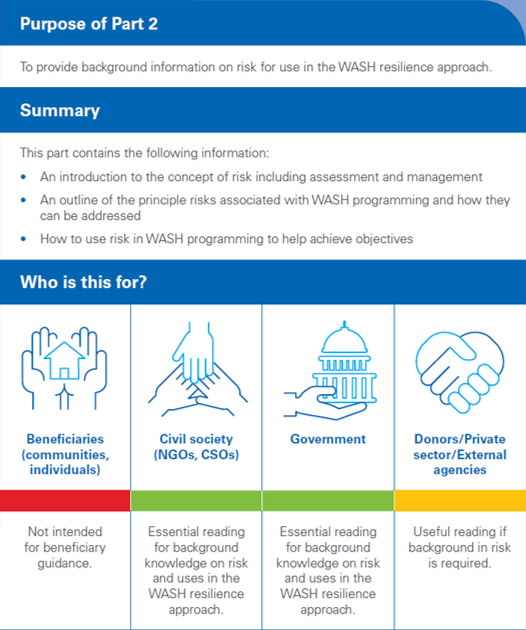 Risk is a concept that has developed over many years and is commonly used in development fields such as climate change adaptation (CCA) and disaster risk reduction (DRR). Here are some definitions.

A common thread that can be drawn from all the definitions is that something (an event), may happen (probability/likelihood), that can lead to harm being caused (hazard), or not achieving something (impact/consequences, that can be either good or bad).

The importance of context

Risk is defined by the system being considered and what can impact on it.

The diagram highlights an example of this within a WASH context, showing a number of communities accessing different water sources on an island.

The boundary defined in 1 defines a single village and water source. If the health risk was due to contaminated water, only the individual community system would have to be considered.

However, if you consider the effect of a natural disaster, e.g., a cyclone, on a community, then the system to be considered would include the whole island, show by “2”, due to disasters generally being large in scale and covering areas that may incorporate many known water systems. 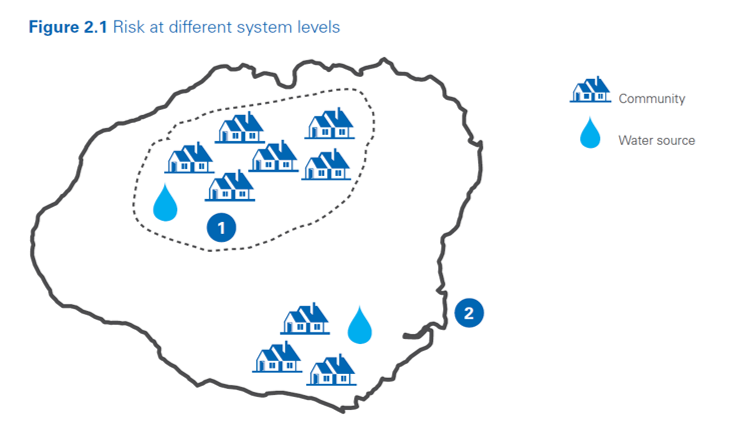 To know the risks, know the objectives! 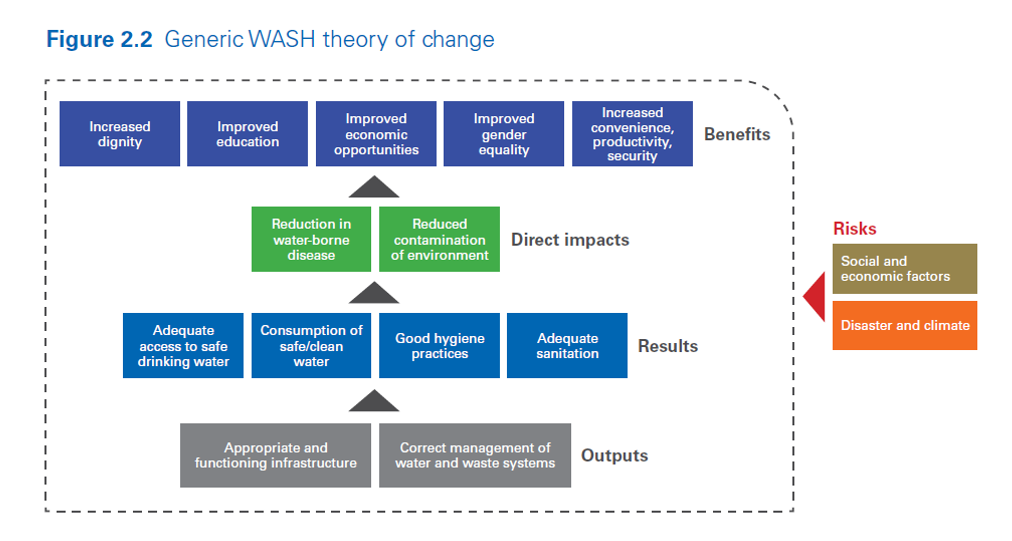 So what could go wrong?

Health – the primary risk that is being addressed is harm to the population through either consuming poor water or getting ill through non-hygienic vectors, both of which are hugely influenced by the level of sanitation and hygiene practices

Additional risks – But risk in WASH interventions does not stop there, as there are many different factors, such as money, conflict and land rights issues, that can prevent infrastructure from being built or changes in behaviour from occurring 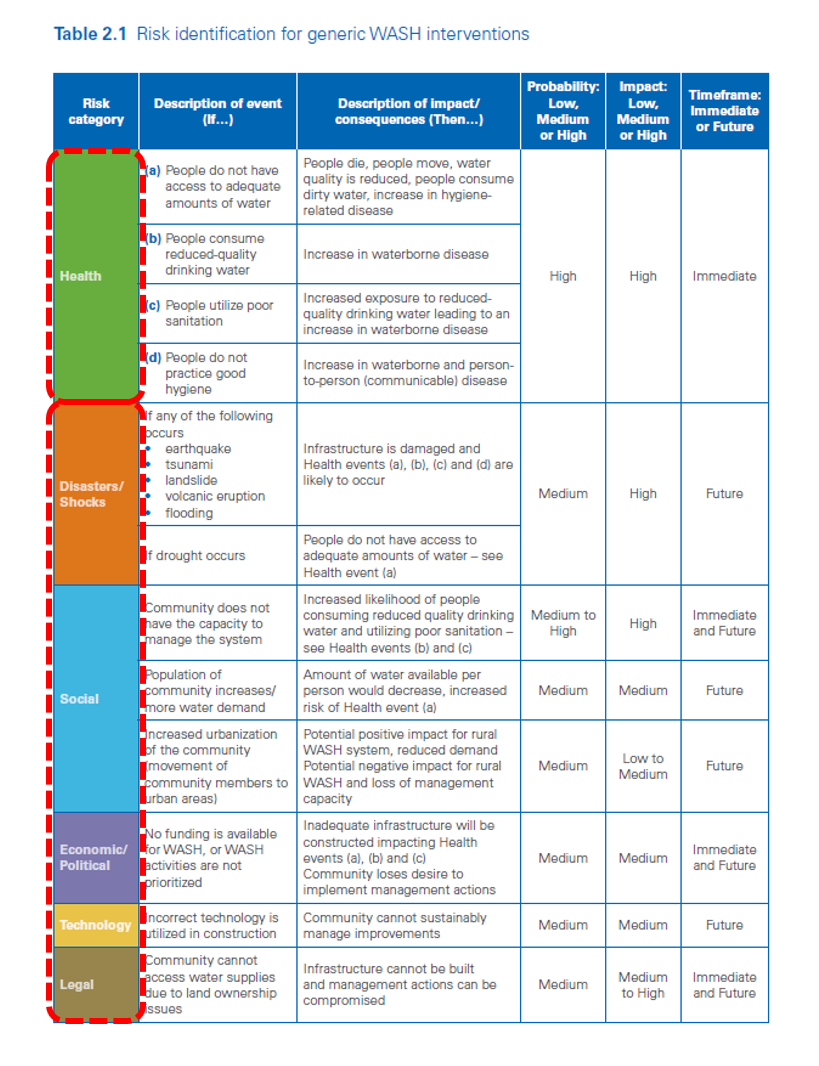 With so many things to think about, where to start?

Disaster – although not guaranteed to happen, shocks have a reasonable chance of occurrence, and often cause very significant impacts to both health and WASH infrastructure

Additional – In addition to health and disasters or shocks, other significant risks include lack of community management, use of inappropriate technology, and lack of available funding, which prevent infrastructure and management capabilities being achieved at the community level 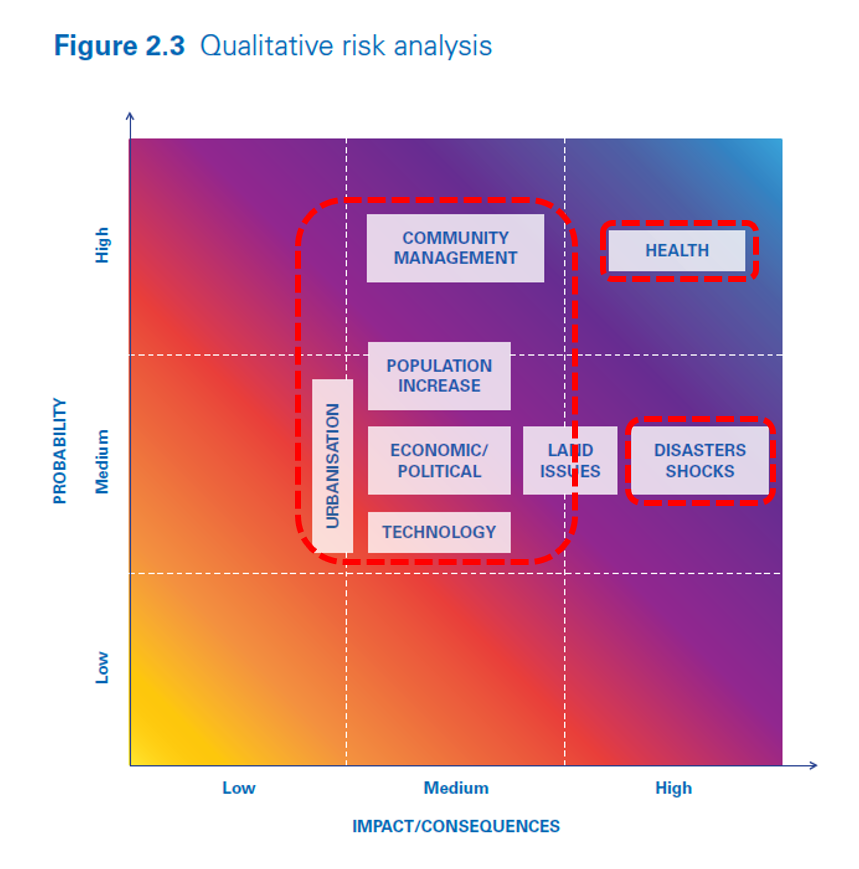 Additional – it is good to propose actions for all risks whether of a high priority or not. Most risks other than health cannot be easily avoided and can only be mitigated. What Table 2.2 shows is that undertaking the programming principles of the WASH resilience approach allows for risk mitigation in a number of areas, including social and land issues, and responding to changes in population 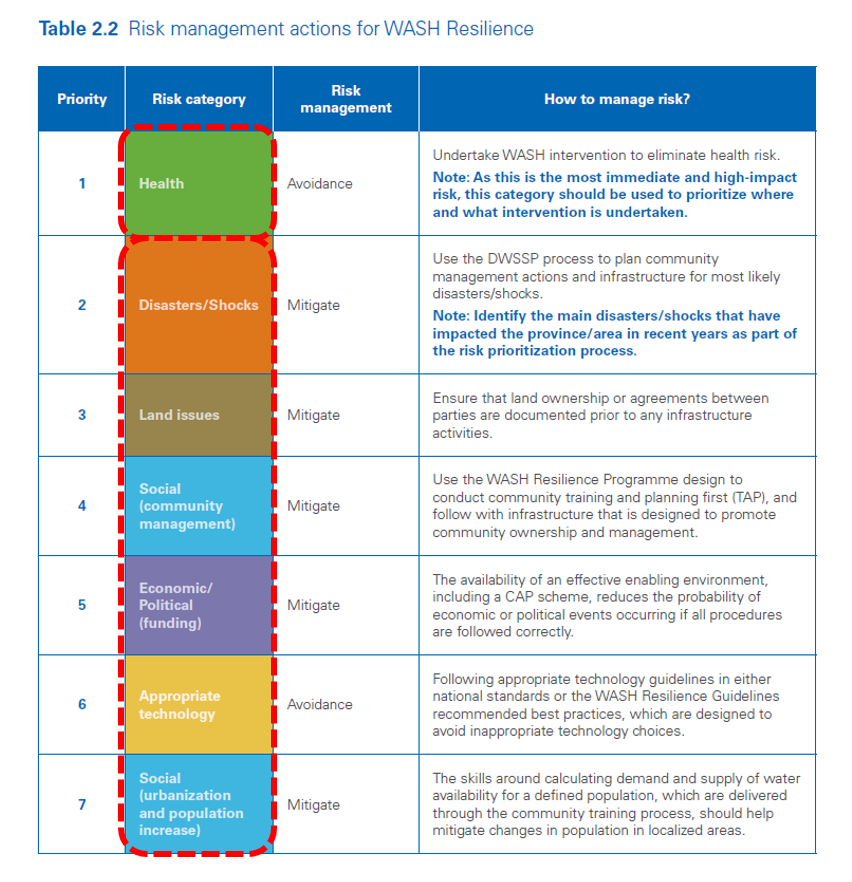 The use of risk outlined in this document focuses on two types of risk assessment: 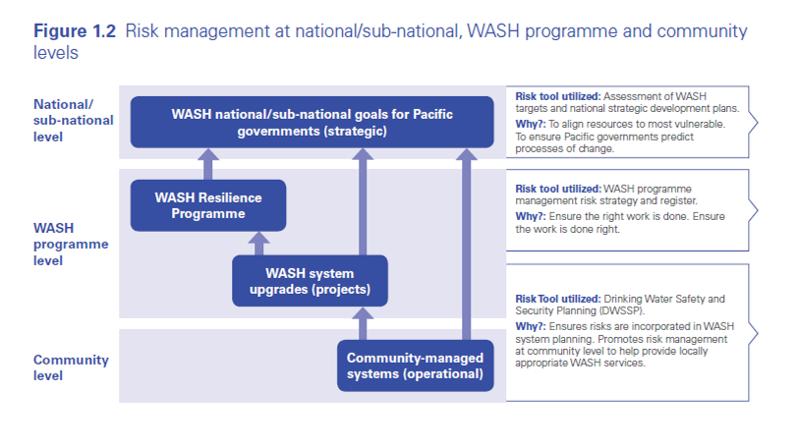